After it was discovered that Ruža Tomašić, the most popular Croatian Member of the European Parliament, in her youth publicly wore a fascist uniform and recited poems glorifying the Croatian fascist leader, she asserted that even today she does not denounce the fascist Ustasha movement 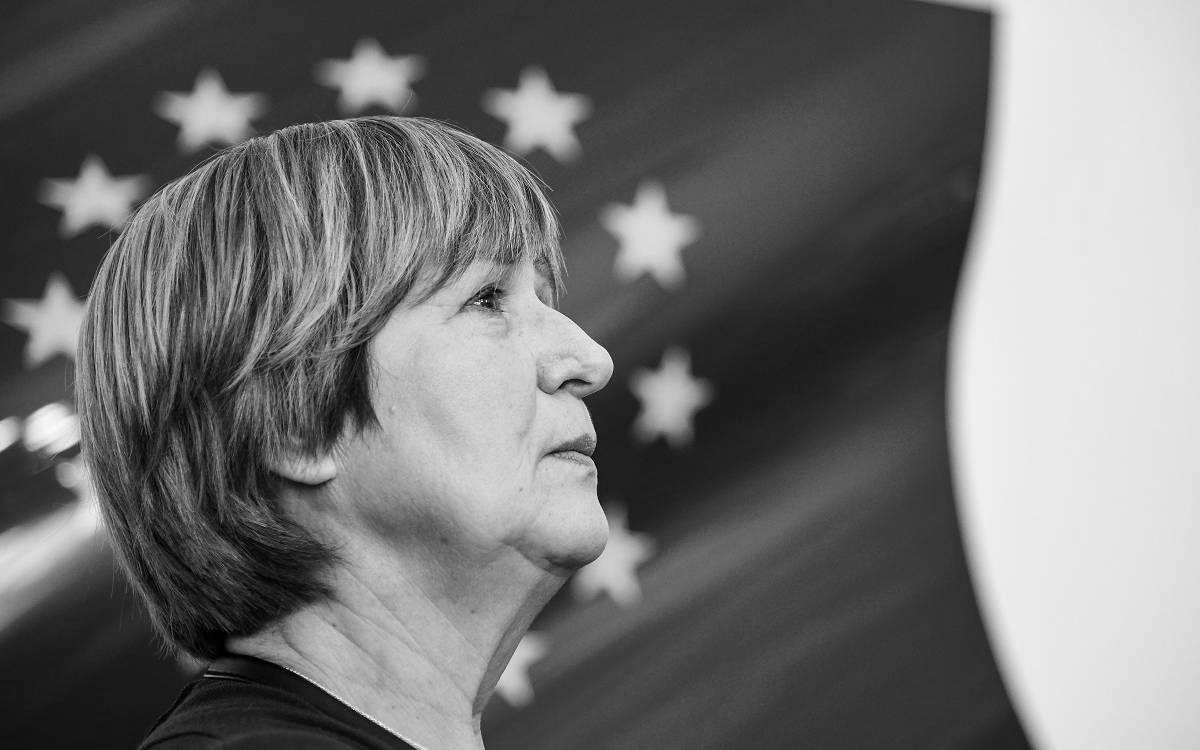 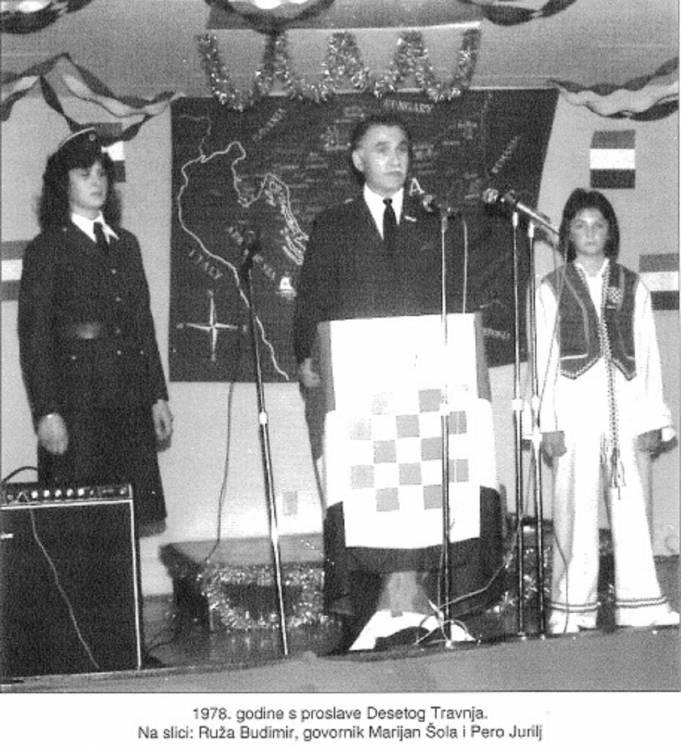 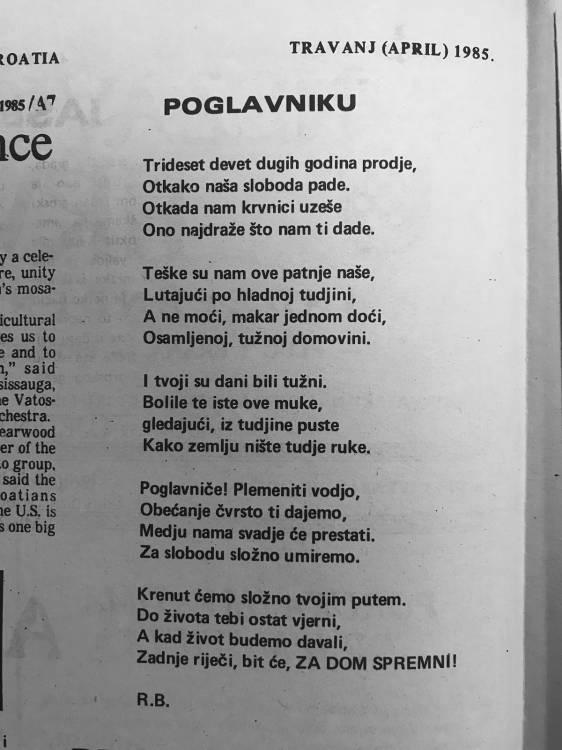 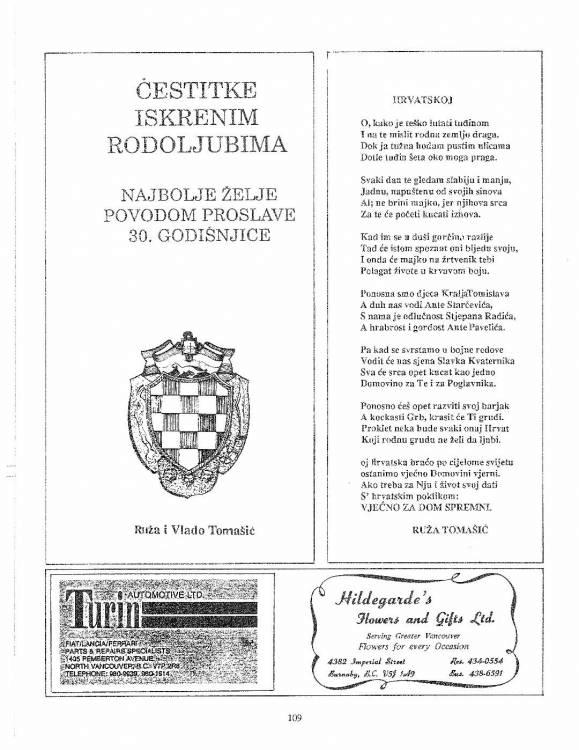 Ruža Tomašić, Croatian Member of the European Parliament in her youth publicly performed dressed in a fascist uniform and recited poems devoted to the Croatian fascist leader Ante Pavelić, the Novosti weekly from Zagreb published on Friday, 31 May 2019. After Novosti journalist Hrvoje Šimičević uncovered these facts and asked for comment about her present relationship to her own profascist past, Ruža Tomašić only partly distanced herself from Ante Pavelić, revealing that she still sympathizes the Ustasha movement, a fascist organization that he founded, as well as the ‘regular Ustashe,’ members of that movement. Her opinions and statements provided to the Novosti weekly Ruža Tomašić confirmed in many other Croatian media over the course of Friday. Ante Pavelić, founder of the Croatian fascist organisation, the Ustasha Movement, was the head of state of the Independent State of Croatia from 1941 to 1945, established by the agreement between Benito Mussolini and Adolf Hitler. Already in the first weeks of his fascist dictatorship, Pavelić passed a whole set of racial laws modelled after Hitler’s Germany and initiated the systematic persecution of Jews, Roma and Serbs, carrying out genocide in concentration camps, in the most notorious of which, Jasenovac, more than 83,000 people were killed according to official data.

Ruža Tomašić published poems glorifying Ante Pavelić and the Ustashe while she was living in Canada in the 1970s and 1980s, and was an active member of the Croatian Liberation Movement (Hrvatski oslobodilački pokret), a fascist organization founded by Ante Pavelić in Argentina, where he absconded after the defeat of Hitler’s Germany and the collapse of the Independent State of Croatia (Nezavisna Država Hrvatska – NDH). She published these poems in the extremist magazine Nezavisna Država Hrvatska that was published at that time by Srećko Pšeničnik, Pavelić’s son-in-law and successor as the leader of the Croatian Liberation Movement. They were signed with her maiden name of Ruža Budimir, and after she got married in 1987, under her current name Ruža Tomašić.

In the European elections held on 26 May, Ruža Tomašić won her third term in the European Parliament, with the largest number of preferential votes by the Croatian electorate

In her verses she describes ‘the bravery and pride of Ante Pavelić,’ promises him fealty and invokes a fight to the death for the Croatian homeland, ending the poems with the Ustasha salute ‘For home(land) ready’ (Za dom spremni) that was the local equivalent of the Nazi salute ‘Sieg Heil.’ For years she recited poems written by her and others in the Croatian community centres in Canadian cities, most often on the anniversary of the establishment of NDH, its armed forces or the Croatian Liberation Movement itself. More than once, she was dressed in fascist uniform worn in NDH by members of the Vine of Ustasha Women and the Female Ustasha Youth.

When the Novosti journalist phoned and confronted her with his findings, Ruža Tomašić did not deny that she published and publicly recited these poems. She said, however, that she was not the author but only signed her name and performed the poems written by her mentor Goroslav Mandić, in an attempt to gain political prominence. ‘It was part of the plan that I would someday assume leadership of the Croatian Liberation Movement in Canada, which I joined in 1976,’ she said to the Novosti weekly. Despite evidence that she publicly wore the fascist uniform as late as 1985, when she was 27 years old, she persistently claimed that she did not put it on after 1981. She stated for the Novosti weekly that she is not ashamed of those episodes from her past.

‘I am not ashamed, this is what things were like when I was growing up. I did not rob anyone, nor did I kill anyone. A lot has changed in the meantime and I do not stand behind some of those things today. From a political standpoint, I learned many new things and I understand that not everything was as I was told. Some things weren’t and some were,’ said Tomašić.

‘I could never abide ill will towards the Ustasha movement prior to 1941 and I do not denounce the regular Ustashe who fought for Croatia, but who did not commit crimes. Why would I denounce them?’ said Tomašić in a phone conversation with Novosti, adding that ‘the Ustashe have to be differentiated from what happened in NDH.’

‘The Ustasha movement is one thing, and NDH is another. After reading many books and talking to people like Vinko Nikolić (Ustasha officer in World War II, later a member of the Ustasha emigration, a.n.) I realized that the Ustasha movement was a response to the 6 January Dictatorship (Šestojanuarska diktatura). Many crimes were committed during World War II. During those four years, NDH separated itself from what the Ustasha movement represented. We should definitely condemn those who committed crimes on all sides, but I do not denounce the regular Ustashe who fought for their homeland,’ said Tomašić.

Regarding Ante Pavelić, founder of the Ustasha movement, Tomašić said that after reading extensive literature, she realized that he was a narcissist and there were many things he could have done differently.

After the new issue of Novosti was published on Friday, with the photograph of young Ruža Tomašić in the Ustasha uniform, her poems dedicated to the Croatian fascist leader and her quoted statements, she made additional statements to a series of other Croatian media. In her statement given to RTL television, for example, she again relativized Pavelić’s responsibility, as a person who did not commit evil deeds, but who only allowed them.

‘Of course, there were many evil deeds that he did not commit, but he allowed them in the name of NDH. I was only 23 years old in 1981, so you have one opinion when you study only one side, and you form another opinion when you get to know the other. I condemn, but not the Ustasha movement prior to 1941,’ said Tomašić.

In her statement to the Zagreb daily Jutarnji list she embellished the character of Pavelić’s fascist regime with a factually baseless and terribly cynical pronouncement: ‘Look at how many Orthodox generals Pavelić had and how many Jews he had… Not everything is black and white.’

She added that the Ustasha movement can be separated from NDH and that it is not revisionism.

The Ustasha movement that Ruža Tomašić does not denounce, was not only responsible for the establishment of the bloody fascist dictatorship in 1941, but under Pavelić’s leadership it adopted, even before the outbreak of World War II, the fascist ideology modelled after Hitler’s Nazis and Mussolini’s Fascists. Mass crimes committed between 1941 and 1945, especially genocide carried out against the Serbs and destruction of the entire Jewish and Roma population on the territory of NDH were a direct consequence of the Ustasha fascist ideology. Members of the Ustasha movement were not regular soldiers recruited in the NDH regular armed forces (called Hrvatsko domobranstvo / the Croatian Home Guard). Similar to the Nazi Party in Germany, the Ustasha movement was the regime standard-bearer in totalitarian NDH, it was the only sanctioned political organization with its own military units organized as the Ustasha Militia, modelled after Hitler’s SS (Schutzstaffel).

Even though Ruža Tomašić’s scandalous statements received great media traction in Croatia, the only clear condemnation issued so far was from the political leader of the Croatian Serbs, Milorad Pupovac

HDZ, led from mid-2016 by the current Croatian Prime Minister Andrej Plenković, moved under his leadership closer to the centre right and stood in these elections independently. However, the success of extreme right electoral lists, including the one led by Ruža Tomašić, considerably undermined Plenković’s position. Plenković’s Government is not forceful enough in its opposition to historical revisionism and the open affirmation of the Ustasha movement that has been on the rise in Croatian society for years, while certain Government ministers, as well as other leaders in central and local governments, politically and financially support different revisionist and extremist organizations and individuals.

The normalization of the Ustasha movement is most obvious in the allowance of public usage of the fascist salute ‘For home(land) ready,’ which is legitimized by the fact that it was used by some units in the 1991 – 1995 war in Croatia (the Homeland War). These were paramilitary units founded by the then successor of Ante Pavelić’s Ustasha ideology, the profascist Croatian Party of Rights, which were later integrated into the regular system of the Croatian Army and whose former members today enjoy sizeable veteran rights. Prime Minister Andrej Plenković himself facilitated the dissemination of Ustasha ideology with his ambivalent attitude towards ‘For home(land) ready’ salute, which he said has a ‘dual connotation,’ one in the context of the NDH period and the other related to the Homeland War. Plenković and HDZ leadership are also firmly behind the controversial rally in the Austrian town of Bleiburg, financed and supported by the Croatian Parliament, which the Austrian media denounced as the largest neo-Nazi gathering in the European Union. Each year the rally commemorates the captured members of the NDH armed forces killed at the end of World War II by the victorious Yugoslav Army. Because of regular participation of numerous sympathizers and open supporters of the Ustasha movement at that gathering, this year the Austrian government enforced stricter police and legal measures, and equated Ustasha symbols with Nazi symbols.

While Plenković’s government and HDZ have a tolerant attitude towards the Ustashe, the results of the European elections showed that extreme right options are on the rise in Croatia, and that their leaders send signals to voters in different ways, most often with ardent anticommunism or emphasizing the Bleiburg tragedy and whitewashing of the Ustasha crime of genocide, that they are sympathizers of the Ustasha movement. Nevertheless, before Ruža Tomašić came forward in this manner, no other prominent Croatian politician declared so openly that they stand with the Ustasha movement and do not denounce ‘the regular Ustashe.’

‘Such a scandalous relationship towards her own pro-Ustasha past appears as another step towards normalization of the Ustasha movement in Croatia. Let us try to imagine a German MEP saying he does not denounce the regular Nazis who fought for Germany,’ commented the Novosti journalist Hrvoje Šimičević in his text.

Even though Ruža Tomašić’s scandalous statements received great media traction in Croatia, the only clear condemnation issued so far was from the political leader of the Croatian Serbs, Milorad Pupovac, while other members of parliamentary parties remain silent. Prime Minister Andrej Plenković and other leaders of the ruling party, a member of the EPP, said nothing, and precisely this kind of silence in the face of increasingly serious incidents of expression of support for the Ustasha movement is the mechanism that normalizes fascism in Croatia.

(By clicking on the photograph, you can access the photo gallery of poems and a photo of Ruža Tomašić in fascist uniform.) 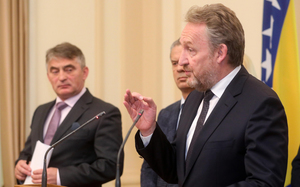 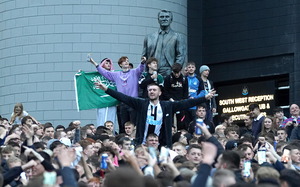 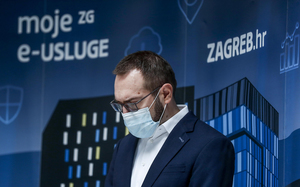 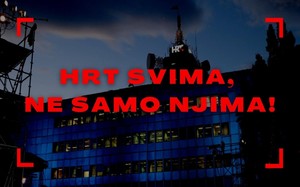 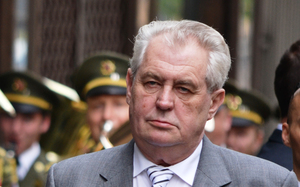